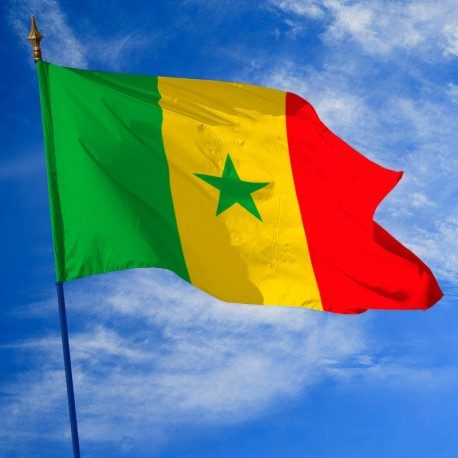 The threats to the democratic institutions of Senegal: An autocracy in the making

Seduced by authoritarianism, the current president of the Republic of Senegal has begun to erode the democratic norms to set the foundations for an autocratic regime. Is Senegal moving away from democratic principles rather than strengthening them? The recent events in Senegal suggest that democracy is in decline in this Sub-Saharan Africa country that used to be branded as an exception in Africa.

Today, there is a sense in the general population, particularly among the youth that they are ignored and forgotten by the government, particularly, in terms of the decision-making process aimed at improving the welfare of citizens and the well-being of the nation. Sixty years after independence, Senegal has managed to build a democratic nation with harmony and peaceful cohabitation amongst the different ethnic groups and religious denomination. Yet, we are witnessing an erosion of the pillars of the democratic institutions that made Senegal the envy of the other states in Sub Saharan Africa. A very serious issue, that is compounded by a failure of the government to deliver an inclusive economic growth with equity (equitable distribution of the income generated in the production process), jobs creation, construction of appropriate infrastructures, efficient investment in health, education, agriculture, and technological sectors.

Before 2012, Senegal had a stable political environment, in addition to an advantageous geographical position and abundant natural resources. Despite this favorable environment, many Senegalese people still face immense hardship. Many families still live in remote rural areas, subsisting on family-run plots of land. Additionally, 70% of the youth remain unemployed laboring in the informal sector daily to earn a meager income to feed their families. Numerous Senegalese families still lack access to running water, basic sanitation, electricity, health care and education.

However, this somewhat stable political environment barely conceals the grinding poverty that prevails in the entire country as jobs are almost nonexistent, access to health care very limited, and numerous children are stunted by poor diets or are living in abject poverty with their families, with an increased probability of experiencing hunger and starvation due to the various external shocks. Namely, the pandemic of 2019, the Ukraine war, and the rising energy cost that are being felt all over the world.

Numbers don’t lie. The Senegalese economy is in a very dire strait:

The Process of Undermining the Political Institutions

Instead of looking at how to reverse the trend of the underdevelopment of the economy, the Senegalese government has embarked on repression and weakening of the key political and economic institutions. For example, the previously inclusive institutions, namely a broad-based representative system that has contributed to the election of four presidents with peaceful political transition since independence would be converting to an extractive political institution characterized by narrow representation through a manipulation of the electoral file, the strict control of the issuance of national identification card, the erection of barriers to register legitimate voters, control of the electoral process.

This is done through the elimination of the Ministry of Elections created by the previous regime to satisfy the opposition after a day of national protest in 2011 for political transparency and credibility in the electoral process. The new government gave back to the Ministry of Interior all its former prerogatives in the organization of elections, de facto removing these two characteristics of the electoral process, namely transparency and credibility.

Recent political events in Senegal demonstrate this changing political stability, events such as:

Other subtle methods are also used to weaken the democratic norms and corrupt the Senegalese institutions:

This approach known as “digging at the foot of a wall” according to Joseph Torigian[2], is prevalent in autocratic societies such as China, Russia, Turkey, Hungary, North Korea, that value pliant people in certain key positions (Attorney General, Interior Ministry, Secretary of Defense. Constitutional Court, Territorial Administration) for the sole purpose of executing the will of the autocrat.

The freedom of the press which is critical to a democratic society in which the government is accountable to the people is under assault in Senegal (An investigating journalist Pap Ale Niang who just revealed a plot within the security forces with the complicity of some members of the government, is under arrest).

This event is very worrisome as independent journalism and investigative journalism is under threat in Senegal. Most of the mainstream media has been neutered and muzzled by intimidation and conflict of interests created by the sprawling press groups and the irruption of scrupulous businessmen in this sector that control much of Senegalese media. Maintaining a free and accessible public square for debate is crucial to defending Senegal’s democracy. Unfortunately, the current government would intent on muzzling the free press.

All the above facts have culminated in the deterioration of the democratic institutions and the erosion of democratic norms in Senegal. In addition to corrupting the government institution as management strategy – this government would have compromised the judicial and territorial administrations by appointing people belonging to the inner circle of the current president.

The Beginning of a Repressive Regime in Senegal

Here are the examples of outright repressions and undermining of the Senegalese people constitutional rights:

Right now, we are witnessing a continued purge of political rivals through an increasingly sophisticated and treacherous campaign of anticorruption purge that sidelined opponents and suppressed potential challengers – real and perceived- to the government under the guise of fighting corruption and graft through CREI (Court of Repression of Illicit Enrichment).

Additionally, the power of the state and executive branch is being used for heavy handed repressive policies that are imperiling the Senegalese’society (manifestation and protests are prohibited or brutally repressed by the security forces).

The internet is perceived as threatening the authority of the current president; hence a mass electronic surveillance is being in all likely put in place to assert the power of the state which is risk averse. This systematic repression would be the most extreme manifestation of the obsession of the president of Senegal with eliminating political rivals -reduce the opposition to their bare bone- at the risk of criticism and domestic suffering in all parts of the society.

The desire to hold on to power due to fear of prosecution under a new regime has led the government to invest heavily in more coercive capacity: military, paramilitary and police forces (proposed budget for police, and the army, recent scandal of the purchase of military equipment for 45 billion CFA). The resulting outcome of this fear of losing the power is manifested in the following actions:

their displeasure – a right guaranteed by our constitution – , the erosion of the rule of law, the normalization of violence, the desire to undermine the stability of the country and create chaos while ignoring the growing inequality constitute the precursors of the making of an autocrat willing probably to violate the constitution through forcing a third term in the throat of the Senegalese people. These are some of the symptoms that Larry Diamond[3] called “democratic recession” and unfortunately, we are seeing them in Senegal.

Furthermore, these examples of repression and control are altering the democratic fabric of Senegal and are akin to the directives of an autocrat in the making for the final battle – a third term with a will power to blur the lines between economic policies and state benefactors that will perpetuate this systemic corruption. Senegal’s enduring corruption under Macky Sall has put it in 140 th on a list by Transparency International of 175 countries ranked by the level of corruption in public sectors. Studies[4] have shown that corruption kills because with the money lost, we could invest five times as much into public health and lift millions of Senegalese out of poverty. This problem is systemic in Senegal– kickbacks have become standard operating procedure in government – controlled enterprises (Post Office and Telecommunication, Dakar Dem Dikk, CMS, LONASE, IPRESS, SAPCO, SAR, Covid 19 Fund etc.), and the administration.

Therefore, the only conclusion one can arrive to is the current president would be preparing to run for a third term which is contrary to the constitution.

This would set the country in a self-destruction path, hence planting a seed for a destruction of what is Senegal. Example of this abounds throughout Sub Saharan Africa (Mali, Burkina Faso, Guinea, Tchad, Gambia, Niger, Soudan, etc.)

But this is not what was generally expected in 2012 when the Senegalese people elected a president of the Republic of Senegal. Back then, an ambitious plan for good governance, respect of the rule of law, food self- sufficiency, job creation for the youth and expanding the economy was laid out through the Senegal Emergent Plan[5] as well as a pledge to build a more secure and egalitarian nation based on the rule of law

Hopefully, the actual president and the government will envision a peaceful transition of power for the good of Senegal, and work toward a robust and independent security and judicial system.

By risking making the political system less resilient overtime and prioritization of politics over economic goals the president and his collaborators are clouding Senegal’s long term growth prospects – the only way to reduce poverty is through sound macroeconomic policies and good governance.

These economic objectives will be difficult to achieve because political instability, misallocation of scarce resources, impunity, and of the favoritism, nepotism, clientelism in awarding of “public contract” at the expense of the efficient Senegal’s private sector.

By practicing blatant favoritism for less efficient enterprises owned by those closed to the government or their political supporters, and putting efficient domestic private businesses at a disadvantage, the government is exacerbating the long term economic problems of Senegal, including slowing down the weak productivity of labor, job creation,  wage growth, and poverty alleviation.

Needless to remind the actual government that despite the perceived stability of Senegal’s government and political institutions, this democracy could die due to the extreme partisan polarization fostered by the government along almost ethnic lines and regional divide.

This is very scary and dangerous as direct effects of political instability and unaccountability can produce unpredictable investment related policies which influence the inflow of capital by impeding the level of attractiveness of Senegal, Economic growth, and poverty.

This is the reason why we should not allow the government to create an environment of political instability and violence by subverting the will of the people of Senegal.

Let work for peace, stability, and an inclusive economic growth in Senegal so that all the children of Senegal will be able to contribute to the development of the country for the welfare of our people.

[2] Prestige, Manipulation, And Coercion: Elite Power struggle in the Soviet Union and China by Joseph Torigian

[3] Facing up to the Democratic Recession by Larry Diamond

[4] Economic Effects of Corruption in Senegal by SJG Working Paper