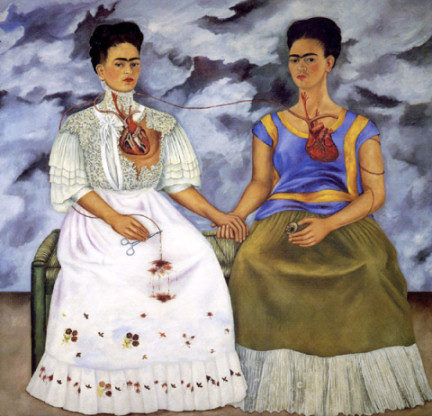 Reflections: From the Misery of Lucid people in a Simple World "And no doubt our time … prefers the image to the thing, the copy to the original, representation to reality, appearance to being … What is sacred to him, Illusion, but what is profane is the truth. Better still, the sacred grows in his eyes as the truth diminishes and the illusion grows, so that the height of illusion is also for him the height of the sacred.’’

Feuerbach, (Preface to the second edition of The Essence of Christianity).

The propensity not to be interested in what really makes sense, which is characteristic of our century and many others, however, which is stronger in ours, diverts our attention from the questions we should ask ourselves in order to guarantee our progress in the long march of humanity. Yet to believe that man, although rational, self-conscious and present to the world, spontaneously asks questions about what is the basis of his existence, is only an additional illusion. To interrogate oneself in this way presupposes the habit of thinking, thinking hard.Now thought, which only requires time and availability of the mind, is made more and more difficult. The conditions of its exercise at least, more economic, and therefore social conditions, influencing production and dissemination of culture, promote cultural products, which, far from questioning us sternly and illustrating our troubled situation, like the works of the Greek tragedians and their successors (Shakespeare, Corneille, Racine), divert major concerns so that it is even sacrilegious to pay attention to it. Distracted by stupidity and inconsistency, such is the man of our times. Projected in a fictitious world free from the difficult condition of man, the consumer, whose only concern is the passive use of products, has replaced the citizen who, because he is a responsible actor, endeavours to understand his society and participate in its progress.

Spared from the frightful wars that seventy years ago were raging on almost every generation, his civil and political freedoms guaranteed by the victory of liberal democracy, robbed of individualism, spared from harsh material conditions through unbridled growth for three decades, The West, a longtime defender of the greatness of man and the fundamental values ​​of the latter (despite the very serious aberrations due to the belief in the inferiority of other races), gives signs of lassitude. The West is no longer the irreverent and fiery thought that, at the cost of bitter fighting, shakes up every idea of ​​enslavement, domination, in short, irrational behaviour. The obscurantism and the tutelage of all kinds conquered by audacious thought have been replaced by another flaw, one of the crux of his economic philosophy: the desire for simplification.

Yet, simplify, simplify! The condition of man, though modern, will remain complex and predominantly tragic! The need to think, to understand will never be replaced by technology and culture. Those who propose the dangerous goals of sparing difficulties without which man does not actualise, are merely quixotic: they take windmills for giants. This loss of sense of reality to shut oneself up in the ideal decreases the ability to face reality, and diminishes the capacity to negotiate in the face of destiny, but rather exposes it to being subjected to it. Indeed, it is not by dodging reality that one gets in front of it and that one finds a modus vivendi, but by getting involved with it.

Merely thinking in a context in which everything is organized to hold reflection at a distance, supposes, when one is not born a philosopher, that awareness has been marked by a phenomenon or an event which refers so deeply into itself. That, confronted with this self, that is questioned and which in turn questions us, births an inner dialogue whose synthesis will form our own apprehension of reality, and therefore our thought. The impressions the world makes on us are reflected upon our consciousness, and from this relation arises our own vision. It is only through the friction of the ego with phenomena or reality that we are able to react. Thus one becomes aware of oneself and hence, the fact that a real relation to the world requires the prior analysis of the latter by self. It is thanks to the frequent trade and practice of thought that one confronts reality, that it is decomposed because thought (logein) promotes an understanding of what binds phenomena to one another. And they are said to be intelligent those who, by by reason of their clairvoyance, readily bind the facts among themselves. The habit of observation, of reflection, of concern for objectivity, truth and rationality, which therefore characterises souls marked by movement and courage to see and accept reality as it is, are melted like a nugget in the crucible of lucidity.

Unlike the romantics who live according to their feelings and their imagination, animated by the hubris. These are characters of tragedies carried to the height and crash in the manifestation of their person, which, accordingly as their extra energy and disorder are tame or not, produce either the very great, the very beautiful, or the pitiful, the lucid.Armed with that light that makes them perspicacious, having the passion of the real to which they have no desire to escape. They accept it because they do not reinvent it, but only modify it by confrontation. Such an ability to analyze phenomena in the details that underlie the relevance of views; the security of judgment assured by prudence and doubt, which refuse the ease of appearances, produce strangeness that always ends up disturbing others. As most humans, driven by their moods, passions, and interests, rather than by sacred reason, do not forget the characteristic, certainly restrictive, but most important, of humans.

This is the beginning of the misery of the lucid. Having abhorred the natural propensity, which marks the history of humanity, to be led by group, national, regional, partisan, religious affinities and any reconciliation based on something other than objective truth, they defeat emotional ties if necessary. They brave the authorities when proven unjust and violate the laws. One would think of such heartless people as they reason and analyse perpetually; who are, on the contrary, when one looks at them well, people of great sensitivity, but who shun all sensibility.