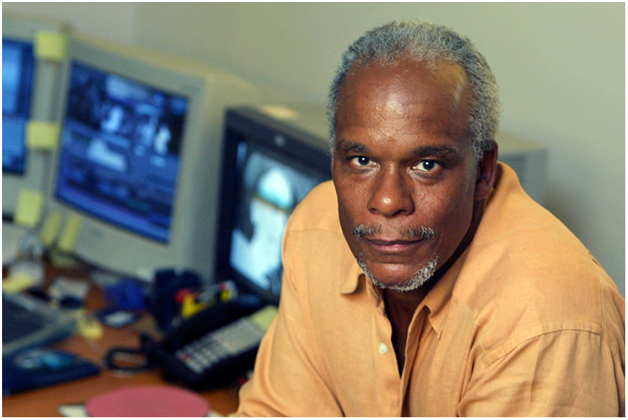 STANLEY NELSON’S MOVIES: Reminder on the forgotten characters of the African American history

The first movie to be shown at the FIFDA Festival (Festival for African movies) was Freedom Summer on which L’Afrique des Idées already published some articles. The director, Stanley Nelson, was there for the premiere of the movie from the USA and he participated to a debate after the film. I got the chance to get his business card and organize the following interview for you ☺

ADI: Could you please introduce yourself and explain us your curriculum as a movie maker?

SN: I’m Stanley Nelson, I’m a director and producer of documentary films based in New-York. I’ve been making films for about forty years now and I think it’s really important as an African-American to tell about the African American experience and African American History. I think so many times African Americans are not taught their history at school and it’s a great opportunity for me to do it. I think I became very interested in the story of Freedom Summer after we did a film, three years ago, on the Freedom Riders. It seemed natural to go forward with this story and make a film about the summer of 1964 in Mississippi which was called “Freedom Summer” and a struggle for the right of African Americans to vote. Freedom Riders is a movie we made to celebrate the 50th anniversary of the Freedom Riders in 1961 and this year was the 50th anniversary of Freedom Summer.

I’ve been making movies for about forty years and all my movies are, somehow, related to African-American people, directly or indirectly. I decided to become a movie maker when I was in college. I took a course in 1974 – which I really enjoyed – then I took other courses and got involved in some projects. Through this process I became a professional. My first movie was Two Dollars and a Dream, in 1987, telling the story of a woman named Madam C.J. Walker. She made a fortune selling cosmetics devoted to Black women and she was recorded as the first woman ever in the world to become a millionaire starting from scratch.

ADI: While watching Freedom Summer, we can see that the historical records from that period are very rich and of very good quality. Beyond the USA, in France and Africa we don't really know this history, not so much as it is described in your film. Is it in the USA well known? How do people deal with this part of the American History?

SN: Actually, this history of Freedom Summer is not well known in the United States, nor is the story of the Freedom Riders. We’ve heard of them but people don’t know the whole history. I believe people just don’t know these histories. I hope they’ve discovered them with my movies.

ADI: During Freedom Summer, lots of White People got involved in the civil rights movement and integrated Black populations to help them get their right to vote. They even went to live with them in spite of very poor living conditions. How is the relationship between White Americans and African Americans today?

SN: This is a question I cannot answer. I think the relationships are different from one place to another and from one person to another. In general, African Americans have done better thanks to the civil rights movement but there are still African Americans who have not done well and someway, the segregation that you see in Freedom Summer, fifty years ago, is still the same today for too many African Americans people.

ADI: The character of Bob Moses is very interesting. People mainly remember about Fannie Lou Hamer, but Moses should also be regarded as a hero. We can feel it through the description you made of him at the beginning of the movie, which sounds like a little mysterious. Could you please tell us a little more about this man and why you put him into the light?

SN: Bob Moses is one of the true heroes of the civil rights movement but people don’t know his name. He went to Mississippi in 1961 and pushed for voting rights for black people. He was very brilliant person, he was very quiet, not a fiery preacher like Martin Luther King for example

ADI: The nonviolent action of the CNCC was admirable but at the end of the movie a feeling of failure is spread and we have the impression that it is going to turn into a more violent movement. However, the use of nonviolence as a weapon seemed to be a good way to get Americans on their side. Why did they not go on that way?

SN:  I don’t think there was a turn into violence. I’m finishing a film now on the Black Panthers party so I think that for many people who were part of the nonviolent movement, there was the feeling that there was a need for something else, and there might be a more direct confrontation. I don’t think that anybody ever thought that violence was the way, I don’t think that Black Panthers Party as a whole preached violence, and I don’t know many people who did. Black people in the USA represent 1/12th of the population, we don’t have guns, we don’t have tanks, we don’t have airplanes. So no way we could go into a direct confrontation with the police and the army of the country. But there was a feeling that the traditional civil rights movement was not working and that other ways, other things had to be tried, which to some extent would lead to confrontation, not to violence but to self-defense.

Today we are still fighting every day, we are actually fighting for change but it’s much more complicated because we already have all the rights (right to vote, etc.). Now the question is more about how to break racism. Affirmative action was made illegal in the USA and does not exist anymore. It’s possible for some Black people to be successful and you could take as an example people like Denzel Washington, Beyonce, and so on. But because of the way the system works in the USA, for most Black people things have not changed substantially.

ADI: You're planning a movie on Black Panther Party (to be released next year). Is the creation of the Black Panther Movement a consequence of the Freedom Summer?

SN: I think that the Black Panther movement was not a consequence of the Freedom Summer, but in many ways, the failure of Freedom Summer. The failure of the Democratic National Convention led many people in the civil rights movement to say “we’ve done everything right, it doesn’t matter what we do, we’re not going to succeed that way”. I also think that the Black Panther Party was a national progression of the movement. The civil rights movement was a southern movement and also a religious-based movement with leaders coming from the church. People from the north were thinking “what about us?” as their problems were not the same. These reasons made the Black Panther movement attractive.

NOLLYWOOD : La réussite made in Nigeria