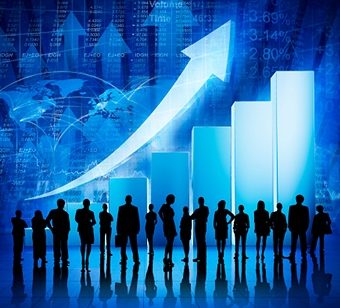 In its annual report on global economic prospects for Africa, the World Bank projects that Sub-Saharan African countries shall have the best economic performance in 2014, more specifically in the short run. Growth is expected to rise up to 5.3% in 2014 and reach 5.5% in 2016. Excluding South Africa, Sub-Saharan Africa's economy will grow on average more than 6% from 2014 to 2016. The reasons behind this growth are self-justified. Africa has one of the best preserved natural resources in the world, which attracts both public and private investors. According to economic theories, the continent's current performance brings about substantial structural change and institutional reforms which make Africa a very attractive place with a stronger economy. World Bank economists consider that Sub-Saharan Africa should make the most of the reinforcement of the domestic demand and export growth. Here is a review of the results of the 2014 Global Economic Prospects.

The World Bank economists believe that the good performance of Sub-Saharan Africa is due to an increasing demand from the population and the Government. As a matter of fact, the economic improvement of developed countries should translate into a higher transfer of migrants. Households will consume more and more goods as the funds are allocated to consumption. The demand will have to be met by an increase in either domestic production or imports, or both.

Given that the industrial structure is not very well developed, this new demand is most probably going to be far more profitable to business partners than to the local industrial sector. Moreover, although the report does not clearly mention this implication, it stresses that the increase in demand should be supported by the stability of food prices and exchange rate. This underpins the role of import in meeting the demand-driven growth that will be generated in Africa.

Many governments are committed to achieving some of the millennium development goals by 2015, which should lead to an increase in expenditures related to infrastructure.. Nevertheless, these expenses funded by loans (due to low performing tax systems) are carried out by foreign industrialists. Local entrepreneurs are very marginally involved.

The industrial sector should benefit from the improving economic situation in industrialized countries. As a matter of fact, direct investments should rise up to 47.8 billion USD by 2016. However, this information does not tell us the extent to which these investments would contribute to the diversification and industrialization of the African economy. Actually, they mostly contribute to expanding the mining sector as well as other related sectors such as transportation and financial services and to a lesser extent, tourism. As a result, there is an increase in exports (of natural resources in a context of increasing selling prices) compared to imports which are made of construction materials for infrastructures and food items.

Yet, the report specifies that the expected rise of exports could be limited by the declining prices of gold and oil internationally. It goes on to recommend the diversification of oil-exporting economies such as Angola and Gabon.

The growth expectations for 2014-2016 depend on the vagaries of nature such floods, droughts and climate related factors. Other factors such as security issues (maritime piracy in the Gulf of Guinea), terrorism in the Sahel region and political and social upheavals are one of the main challenges of the economic activity.

After all, if the World Bank casts a favorable light on Africa over the period 2014-2016, it does not emphasizes the role of Africa’s international economic partners in the growth performance. Actually, the growth performance in Africa does not accord well with some fundamental economic indicators. Typically, employment rates are stagnant, business opportunities benefit to a minority of the population, the industry is still nascent and the economies are not diversified. The performances of African economies are mostly driven by its international economic partners.

However, it would be unfair and very pessimistic not to acknowledge the potential structural change that the new growth momentum shall bring to the African economies in the long run. The development of the mining sector encourages countries to invest in infrastructures (roads, railways, ports) and to initiate reforms for the improvement of business environment. The private sector could empower the growth process but governments still have to create favorable conditions to allow private firms to fully play the role of levers.

Africa is undeniably one of the most economically dynamic regions of the World. Unfortunately, this dynamism is not yet driven by massive increase in formal employment, a reduction in poverty and inequalities. Should this situation remain unchanged, the positive economic performance of the continent will not improve the living conditions of the population. 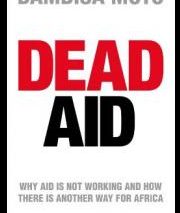