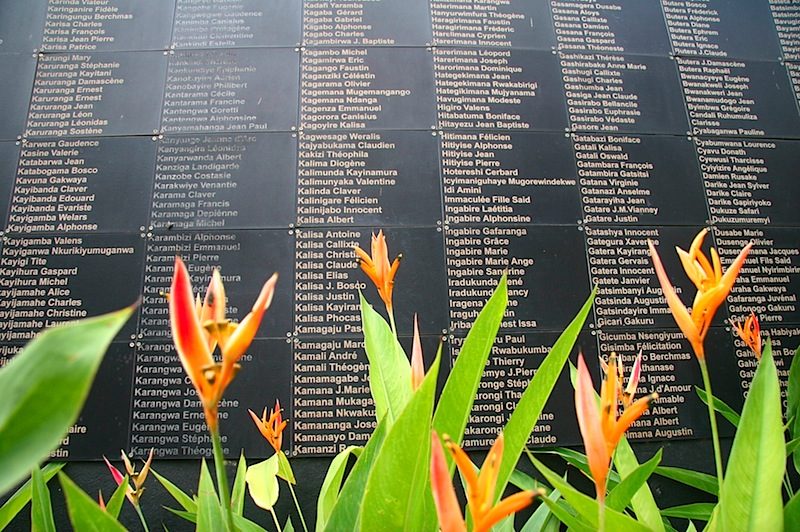 “I don’t believe those who say that we have hit the bottom of atrocity for the last time. If there has been genocide, there can be another one, at any time in the future, anywhere, in Rwanda or somewhere else, if the underlying cause is still present and we don’t know what it is.” A survivor[1]

Between April and July 1994, Rwanda, a country of Central Africa, suffered what is known as the bloodiest genocide ever known, taking into account the number of victims and the short duration of the terrible abuses: nearly 800 000 people (Tutsis and moderate Hutus) were slaughtered in three months according to the United Nations. As we are close to the twentieth anniversary of the genocide, what is the current situation in Rwanda?

It remains difficult to specifically date the origin of the divisions between the Hutu and the Tutsi ethnic groups. The term of “ethnic group” is even inaccurate in a country where Hutus as well as Tutsis speak the same language, the Kinyarwanda and both share the same customs and beliefs. In the thirties, the Belgian colons initiated the distinction between the two groups in official documents by creating ‘ethnic’ identity cards and giving to the Tutsis the power to rule the country under the tutelage of colonial administration. To the Tutsis was given access to education and power by the Belgian colonizer while the two other Rwandan ethnic groups, Hutus and Twas, were forsaken.

When Rwanda achieved independence, the gulf the colonizer had created turned out difficult to bridge: the Tutsis were more and more targeted in massacres meant to exile them in Uganda, Burundi or DRC. Rwandan exiles from Rwanda attempted several times to take power while fighting under the banner of the Rwandan Patriotic Front (RPF), the Hutu government never took long to strike back with massacres against the Tutsis remaining in Rwanda by way of revenge. On April 4th 1994, the Hutu Rwandan president, Juvénal Habyarimana dies when his plane, which was about to land in Kigali, is shot down by a missile. For the Hutus, the Tutsis of the RPF are the obvious responsible of the attack.

The murder of the Rwandan president triggered a genocide which had been festering for a while. The following day marks the official beginning of the massacres. Organizing themselves in armed militias, the Hutus killed almost a million of Tutsis and moderate Hutus in few months. On July 4th, the Rwandan Patriotic Front enters the capital, Kigali, take power and install a government of national unity which symbolically has a Hutu as Head of State, Pastor Bizimungu. In 2000, the RPF won the elections and Paul Kagame, a leader descending from that generation of exiled Tutsis in Uganda, became President. He launched a process of justice and reconciliation to make all the Rwandan live together again, peacefully. Unity and reconciliation then became real policy objectives: a National Commission for Unity and Reconciliation is created in 1999, the mention of the ethnic origin disappears from the identity cards and the new Constitution explicitly specifies that all Rwandan are equal.[2] The work of the Commission is based on several approaches among which the ‘education for peace’ also known as Ingando, which aims at shedding a new light on Rwanda history, understanding the origins of the divisions among the people, encouraging patriotism and fighting genocidal ideology.

Nonetheless there cannot be no reconciliation neither peace without justice. Hence an International Criminal Tribunal for Rwanda (ICTR) was set under the aegis of the United Nations to bring to justice the perpetrators of genocide and other violations of the international humanitarian law in Rwanda from January 1st to December 31st 1994. The ICTR aimed also at “contributing to the process of national reconciliation in Rwanda and maintaining peace in the region. »[3] For the time being, 65 people have received a final judgment, 10 cases are currently pending and an accused is awaiting an upcoming trial.

Beside the ICTR, another court is in charge of judging the hundreds of thousands people involved in the acts of genocide: the gacaca (pronounced gatchatcha) which are the Rwandan people’s courts. Traditionally reserved to civil litigations, the gacaca is based on the search of guilt admission and forgiveness. A law created in 1996 to better organize the prosecution of genocidal crimes or crimes against humanity attributed jurisdiction between the Tribunal and the gacaca. The former is in charge of prosecuting the planners, the organizers and the leaders of the genocide, those who acted in positions of authority, the renowned murderers as well as people guilty of sexual tortures or rapes (jurisdiction shared with regular Rwandan courts). And it is the gacaca’s responsibility to prosecute and judge the authors or accomplices of voluntary manslaughter or assaults that resulted in the death, and those who wanted to kill the victims but only caused injuries or committed other serious abuses without intending to kill the victims. In other words the masterminds are to be judged by the ICTR and the executing criminals by the gacaca. During the trials, each court brings together defendants and the victims’ families, the debate are open to the public and whoever confesses their crimes can benefit from a reduced sentence or even be pardoned. Whenever there is a sentence, it is often symbolic: the defendants are way too numerous and the prisons way too overcrowded.

The gacaca came to the end of their term on June 18th 2012, with two millions people judged.

As the consequences of this genocide have spread far beyond the Rwandan boarders (Rwanda – RDC: les dessous d’une guerre larvée – L'Afrique des idées ), it is legitimate to ask whether the widely acclaimed reconciliation have kept its promises.

Read the second part of this article.