While writing this article, I realized that this book triggered within me, some sort of delight as well as questions. For some reasons, beyond me, I found that observing this breeding ground, situated at Van der Merwe road, somewhere in Hillbrow (the infamous neighborhood in Johannesburg, known as a place where violence is prevalent) fascinated me. This ill-reputed commuter town was also known as a city of dreams.

A group of six young black south-Africans, products of the post-apartheid period, live together in a dingy room in a building at Hillbrow. They occupy the room 207. They are mostly rejects of the University of Witwatersrand in Johannesburg. For most of them, this was a result of financial constraints. Intellectual resources were not enough to take them through this mastodon university that was supposed to help them touch the skies and destroy the glass ceiling of the South-African society.

At the beginning of the novel, the narrator describes the profiles of each room occupant. In truth, they are not all disenchanted students. They also represent the ethnic plurality of South-Africa. They are all black but are also Sotho. Pedi. Zulu. Tswana. However, none is Xhosa. This is an interesting point, as these individuals are not only a reincarnation of the people in power but servants of the economic power of the white.

It is important to note that this book was published in 2007 during Thabo Mbeki’s tenure as president.

Their cohabitation is a happy one. The god, Isando, watches over them during their consolatory episodes of binge drinking. Like all young educated people, the occupants of room 207 buildup a picture of South Africa without the sordid aspects of reality, without accusing her as a culprit in their lot in life.

As I write this article, I find it surprising that, Kgebetli Moele  does not allow his whimsical and pleasure-seeking characters be saddled with mistakes of the past. This is however, not the case in Disgrace, the famous novel of Maxwell Coetzee, Nobel Prize winner for Literature. In Disgrace, the heaviness of the past is adequately felt and the fear of tomorrow resonates loudly.

In Moele’s Room 207, these former students question themselves on the condition of the Black Man (the one singular debate of the African continent), violence and his self-destruction.

There is no reason that can justify the action of men raping a 3-month old baby, shooting aimlessly at a wild crowd during a party and still leave the neighborhood to rot. At least, this is what they discuss without much illusion. It is at this point that Kgebetli Moele makes a great read and allows us relate individually with the lads occupying this room.

At this stage, I must describe to you the personality of each of these characters: Modishi, Molamo, Matome, D’Nice, Zulu-Boy and the narrator Noko. Using different value systems, each of them searches for opportunities. With some form of subjectivity, the narrator transcribes these images as representatives of the fight for survival.

He describes the fierce battle, the constraining conditions through which they must go through. For example, they had to ensure they paid monthly installments to a money lender, who they had never laid eyes on but who had at his disposal, an army of slaves who helped him collect his payments. It is metaphoric. The factor of insecurity begins to appear.

The narrator also takes us by the hand, leading us through the town of Hillbrow. This town reminds me of a story that my best friend likwérékwéré* told me. He described it from his state of being a foreigner but of African descent, who almost lost his life on a side walk. Here we see that, Kgebetli Moele, narrates without mercy, the issue of Xenophobia, through the lips of Zulu-Boy.

I think that beyond the unattached style of the writer-which resonates through the discussion of these young men, the high point of the novel is the final exit from room 207. Their exit from comfort and then from Hillbrow-which most of them abhor. Kgebetli Moele succeeds in taking the reader to space where he is confronted by the terrifying reality of life.

In the same space, same breeding ground, some find their way and others perish. It is heart-breaking, touching …it is today’s South Africa…it is life. It is good literature.

Now, let us talk about the carnal relationship that exists between JoBurg, Hillbrow and its residents:

Welcome to Johannesburg. This time you really felt it. Your blood has been poured and mixed with its sands. You are now in perfect sync with the town. Your blood runs in its veins and it also runs in your blood. 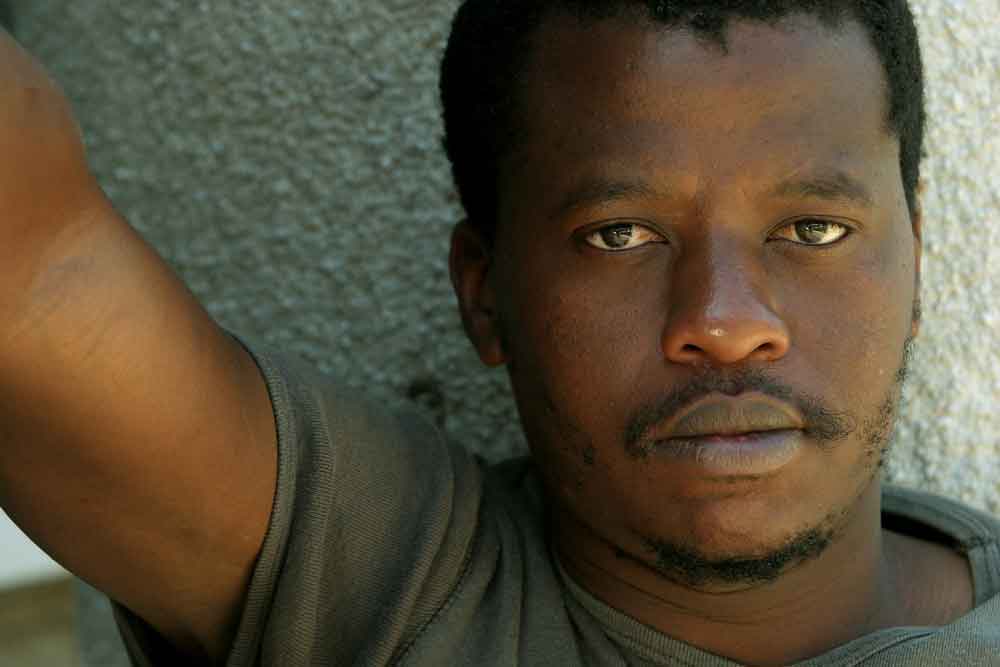